Taradale teen Hamish Robinson has learned a lot about Japan in a short amount of time. The Year 12 Taradale High School student was among a five-strong team of New Zealand High School students who won a major prize for coming up with an innovative way to tackle mental health in the country. Robinson’s team won the inaugural Biz Venture Programme, a 48-hour challenge to conceive a business plan addressing the UN’s Sustainable Development Goals. The 17-year-old signed on to the programme as part of the Young Enterprise Scheme through his business studies class at school. “Originally we were supposed to go in person to Wellington [for the weekend-long virtual exchange in midSeptember] but because of Covid-19 it was moved online.” He said spending 30 hours on a computer with people he had never met before might sound strange, but it was a valuable experience. Set up in his “man cave”, the team of five students from around the country were tasked with addressing mental health in Japan. Robinson’s knowledge about the country was mostly limited to Nintendos and its architecture, a blending of traditional and modern buildings. “We were talking about the business culture and way of life in Japan,” he said. “The mental health system isn’t great there. If you have mental health it’s viewed as a weakness and not really talked about. “There are really high rates of suicide and depression.” Unicef ranks Japan among the bottom five OECD countries for children’s mental health at 37 of 41. New Zealand is just behind at 38. The team found the best way to break into the Japanese market and get their message across was to be “right in your face”, adding that working with big names like Naomi Osaka or putting on billboards was common. The team’s pitch focused on developing a sustainable clothing brand depicted in Japanese symbols, which translates in English to “It’s Okay”, with the aim of promoting positive conversations around mental health among Japanese youth. “Because it’s seen as a sign of weakness, we should use signs of strength — like dragons or samurai — to promote our message,” Robinson said. “This is something that’s not been done in Japan before.” Their innovative solution was chosen as the winning project and praised for interlinking with other SDGs. Robinson said the team was “ecstatic”, especially as competition against dozens of other teams of students from both New Zealand — including fellow Taradale High student Marjolaine Stranaghan — and Japan was tough. “We were really happy to take out the win.” He was excited to be able to make a difference in people’s lives over a long period of time by phasing in the message, “it’s okay to not be okay” and hopes to one day travel to Japan. Following the pilot’s success, BizVenture collaborators have bigger plans for next year, including hopes to turn the plans into reality. “Our plan is to host BizVenture faceto-face in respective countries in the future and for winning teams to visit each other’s countries,” said Misa Kitaoka, Education New Zealand’s director of education for Japan. “We plan to fundraise and partner with business advocacy leaders and organisations in both countries to support students’ travel cost and/or implement their business ideas in the marketplace.” 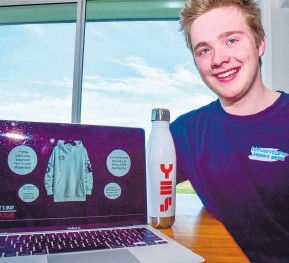 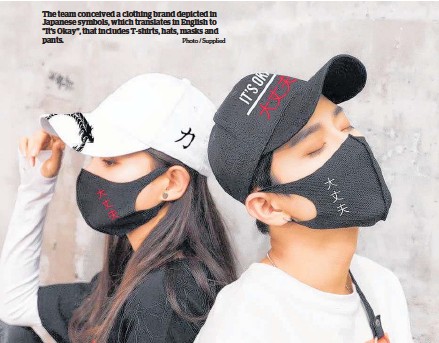