Chopper called out in hunt for suspect

A32-year-old man has been arrested after several hours of nearsiege conditions for schools and residents in Hawke’s Bay. Police confirmed late Monday that the arrested man had been sought following an incident in the Hastings suburb Flaxmere in the morning, sparking a hunt involving armed police, dogs and a helicopter. The man was arrested in Taradale, about 15km from the scene of the alleged incidents that sparked the operation. He was expected to face several charges, police said. “We understand this was a distressing incident and we’d like to thank the public for their patience while police responded,” a police statement read. Few details had been released on the nature of the incident, but both Flaxmere Primary School and Irongate Primary School, also in Flaxmere, were locked down late morning as police responded amid worries a man may have had a firearm. The schools were back to normal by noon. A helicopter joined the search and landed near Hastings Boys’ High School before picking up passengers — understood to be police. Police confirmed the chopper was linked to the operation, and they were seeking a “priority offender”, a spokesperson said at the time. It was at least the second callout involving armed police in Napier and Hastings in barely 12 hours. Police received a report of an assault on McLaren Cr, Onekawa, about 9.50pm on Sunday, again amid reports of possible involvement of a firearm. Media staff in Wellington reported it appeared one person was injured, but no details were available. The Armed Offenders Squad was not thought to have become involved, but several police staff were seen around McLaren Cr and Venable Ave with firearms for up to the next hour. 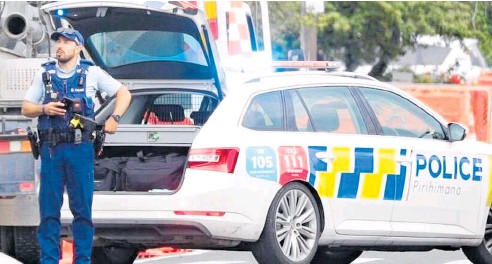