Dannevirke Netball Centre had a successful season, despite Junior Closing Day having to be called off due to the Delta outbreak. The seniors managed to scrape their finals in the week before lockdown, but unfortunately the juniors had to miss out on their closing day tournament and prizegiving. However, they were lucky that the championship points had already been determined so overall results were not affected. Senior netball was again played on a Tuesday evening, with a mix of outdoor and indoor games. There were 11 registered teams, which split into two grades for the competition. Juniors continued to run their competition on a Saturday morning, with 13 teams playing seven-a-side netball and a further 50 to 60 players involved in the 4 v 4 and 5 v 5 introductory programmes. DNC Junior Netball had 10 new umpires receive their introductory award this season, as well as two umpires gaining their centre award in Palmerston North and three umpires passing their zone theory exam. There is always a shortage of umpires so to have so many wanting to get qualified is great for the centre. DNC also had a successful season on the representative scene, managing to put together five different teams to attend various tournaments. The Year 7 and Year 8 development teams both managed to win their first tournament to kick-start what proved to be a great season. The Year 8 team were runners-up in both of their other tournaments, while the Year 7s managed another win at the Mike Pero tournament in Palmerston North. Unfortunately the Under-16 team had their season cut short due to Covid and managed only two tournaments but held their own against teams from much bigger regions An invitational Under-14 side and Under-18 side were also selected to play one tournament each. As a small town, we are lucky to have such a vast range of talented young players in the region at the moment, and also a high calibre of coaching talent. DNC is already planning and developing programmes to develop this talent further, with the ultimate goal of taking a representative team (for example Under-16s) to a national tournament in 2022 as opposed to having local players travel and be part of Manawatu teams. Dannevirke has a great deal of support from locals to get this up and running, so watch this space as registrations will be out before too long. DNC’s next focus will be on player development programmes, but also the running of a social “Business House” summer competition in late January through to March. We are lucky to have a hardworking committee that is passionate about promoting netball in the town. Results Senior Premier Grade: Winners: Tigers 2, Runners-up: Tigers 1. ●Senior Social Grade: Winners: Aotea Tahi, Runners-up: Aotea Throwbacks. Senior Most Consistent Umpire trophy: Michelle Mitchell ●Junior A Grade: Winners: Kakariki Ferns and Kowhai Stingers, Runners-up: Mawhero Magic. A Grade Fairplay and Conduct Cup: Hot Shots. ●Junior B1 Grade: Winners: South Blue, Runners-up: South Red. ●Junior B2 Grade: Winners: Ruakura, Runners-up: Ruahine. B Grade Fairplay and Conduct Cup: Ruahine. Junior Most Consistent Umpire Trophy: Madison-Roze Collier-Rautu. Highest aggregate points (most goals scored): Kakariki Ferns. Reps: Year 7 most dedicated player — Korah Castles, Year 8 most dedicated player — Amber Mitchell, Under-16 most dedicated player — Jarnah Augustine. 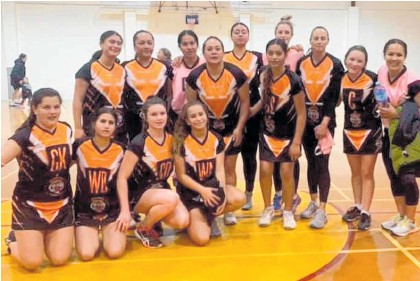 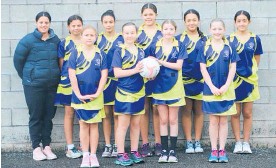 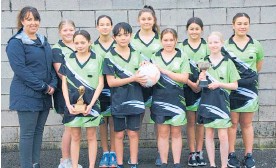