Matilda Panchard was awarded the Wackrow Memorial Award when, after a delay due to lockdown, the Dannevirke Community Board finally held the award’s prizegiving in The Hub last week. Matilda Panchard, who is 16 and attends Dannevirke High School, is fully involved in sport, culture and education and also serves the community in many ways. She is currently completing her Duke of Edinburgh Silver Award, which involves her serving at the Hub Church meals on Sunday and acting as a Girl Guide Unit Leader every Wednesday. She helped during the Covid-19 lockdown and continues as an administrator during the Covid vaccination rollout on Saturdays. In sport, she has been active playing badminton, volleyball (to a national level), smallbore rifle shooting and tramping, in roles as a team member and team support both coaching and fundraising. Her award followed an interesting set of speakers who each commended the candidates for their commitment and achievements. A crowd of more than 70 wha¯nau and friends attended the event on Tuesday, October 5, and a supper was served afterwards. After the singing of all five verses of the New Zealand national anthem by Peter Tairea and Tom Kamura, MC and Dannevirke Community Board chairman Pat Walshe introduced Mayor Tracey Collis, who spoke about the high calibre of the five candidates, which “gave her confidence for the future”. She also commended the Cactus programme, coaches and teachers for giving youngsters support to learn and train, saying the five nominees join an elite group who have gone before. Guest speaker Aaron Karena spoke on the theme “Do the mahi — share the treats”, outlining his career to his present position as an associate principal at MCI and Associates. He listed a large number of organisations of which he was a part of to illustrate “his desire to make the community more resilient”, and commended the nominees for their efforts so far. He advised them to “trust themselves, not be afraid to fail, not to listen to naysayers, put in the mahi and keep their goals in sight”. Most of all, he advised them to set goals. He said he was proud his aunty Charmaine Hoera was the first winner of the Wackrow award 34 years ago. Sergeant Gary McKernon outlined the background to Graeme Wackrow, after whom the award was named, saying he was a popular serving police officer in Dannevirke, sadly killed in a car accident on duty on August 24, 1984. After brief interviews, each of the nominees received a certificate and then the awards were presented, with Matilda Panchard winning the award with Tama Ngati-Ruaporo second and Paige Appleton third. Matilda said she was honoured and proud to win especially after reading the biographies of each candidate in the newspaper. She still has another year at Dannevirke High School to attend but after that she wants to go to university with her choices wide open at present as she has interests in art, chemistry and journalism. Her extended family had come from as far as Palmerston North to attend the gathering and were highly delighted and proud, especially mum Rowena and dad Aaron The Wackrow Memorial Award seeks to recognise young people’s community service and contribution to supporting the work of local voluntary organisations and groups. Matilda receives the trophy to hold for a year and a miniature to keep, plus $500 with the second place awarded $300 and third place $200. 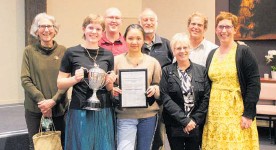 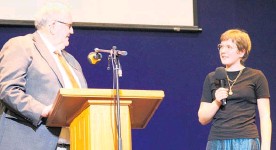 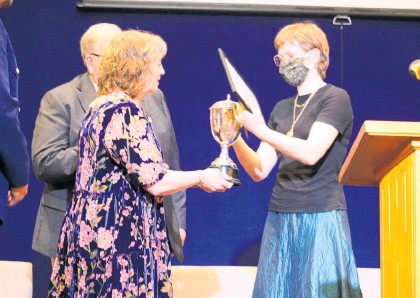 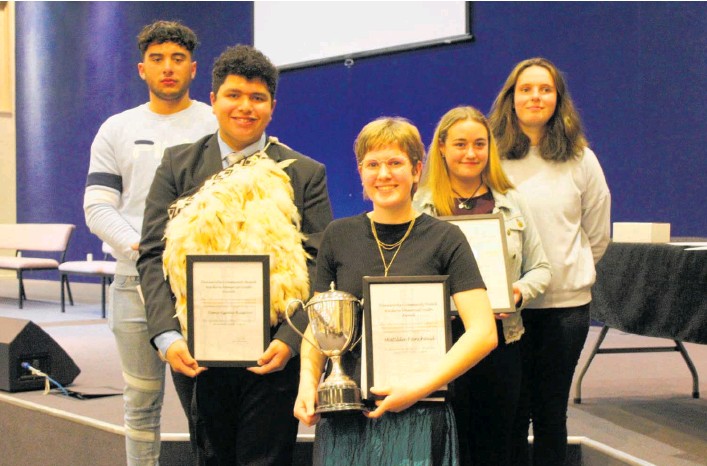